The Chapman Law Group, PLC  is one of the founding members of THE WELLINGTON LEGAL GROUP, LLC, a professional  legal practice affiliation of seperate practices located  in Wellington, Florida

Please read below or click to PROFESSIONAL PROFILE see our professional description and client recommendations. 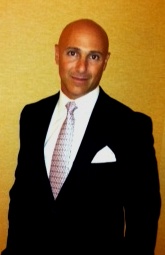 Avery S. Chapman of  the Chapman Law Group, PLC and the Equine Law Group, PLC and an attorney since 1991, and also the principal of The Equine Law Group and an equine law practitioner, focuses his practice in complex commercial litigation matters concerning the small to medium size business,  including purchase and sale of businesses, commercial contracts, asset protection, construction issues, employment issues, real estate matters and compliance issues and provides general counsel to his clients in a variety of business contexts. He represents creditors frequently in state and federal courts.  He also has provided general counsel to the United States Polo Association and has  experience in probate and family matters involving business succession, e-commerce,  franchise litigation, securities disputes, professional business group formations and dissolutions.

He is a recipient of the 2015 American Bar Association Outstanding Services Award for his pro bono service to military families, as well as a recipient of the 2015 Palm Beach Legal Aid Society Pro Bono Award for his service to the elderly.  He is also an Investigator and Prosecutor for The Florida Supreme Court Dispute Resolution Center, Mediators Qualifications Board and a member of the Professionalism Committee of the Palm Beach County Bar Association. Mr. Chapman is admitted to practice in New Jersey, Connecticut, Florida, the United States District Courts for New Jersey, Connecticut, the Southern District and Middle District Courts for the District of Florida, and the United States Supreme Court. Beyond the law practice, Avery is a member of the national Team USA for triathlon, where he represents the United States in international triathlon competitions and coaches interscholastic athletes.

Mr. Chapman is a nationally-recognized speaker on Equine La issues and has served as an expert witness.   He has written two chapters of The Florida Bar Business Litigation Manual and one chapter of The Florida Bar Small Business Manual.  He speaks at seminars and publishes law articles and chapters frequently and has been called as an expert witness.

Defeating Fraudulent Equine Liens in the Equine Industry., Elite Equestrian, March 1, 2016; page 68: What to do when your horse is improperly or illegally liened by a stablekeeper or other.

Written Contracts In the Informal Horse World, Elite Equestrian, January 1, 2015;  pages 44-46; Discussing the preference for informality in the equine world against the necessity of putting certain important terms of an agreement in writing to avoid faulty memories and loss of friends later.

Considerations for Breeding Contracts, Elite Equestrian, March 1, 2015; pages 70-71; an article exploring certain key terms to include in breeding contracts, including but not limited to: payment, allocation of risk, scope of service, disclaimers, disclosures, jurisdiction and venue.

Does Your Equestrian Facility Have the Right Insurance Asset Protection? Elite Equestrian, May 1, 2015;  pages 44-45; an article analyzing a series of unfortunate events at an equine facility and discussing what insurance should have been in place.

Grooms and Workers Compensation Insurance: To Have or Not to Have, That is the Question. Elite Equestrian, November 1, 2014;  page 58-60: An article discussing whether and why workers compensation insurance is or is not required for grooms.

Chapter 23, Business Litigation: State Jurisdiction, Business Litigation In Florida, 7th ed., The Florida Bar (2011), discussing the expansion of the Economic Loss Rule and its various exceptions. [As of 2013, now a handy reference to the history of the ELR in Florida prior to its contraction by Tiara Condominium Association v. Marsh & McLennan Companies, 110 So. 3d 399 (Fla. 2013)].

Chapter 23, Business Litigation: State Jurisdiction, Business Litigation In Florida, 7th ed., The Florida Bar (2011), discussing the expansion of the Economic Loss Rule and its various exceptions. [As of 2013, now a handy reference to the history of the ELR in Florida prior to its contraction by Tiara Condominium Association v. Marsh & McLennan Companies, 110 So. 3d 399 (Fla. 2013)].

Author, A Taxing Question: What Deductions Can You Take for Your Hobbies and Businesses?, North American Equine Services, LLC, northamericaneqine.com, (2011).

Taryn is a life-long equestrian with over 40 years in the disciplines of hunters, jumpers and dressage.  Formerly a career professional human resources executive for an international bank, and with a B.S in economics from Wake Forest University, Taryn brings our Firm a deep background in business and equine law fields, combined with a keen facility with the economic, damages and other modeling and metric issues which are often present in our cases. 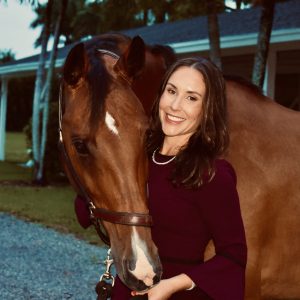 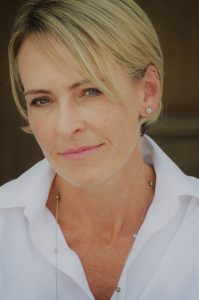 Mattie O’Rourke joins Chapman Law Group as a Law Clerk.  Mattie holds an MBA from Rutgers University and is a life-long equestrian schooled in Hunters, Jumpers, Dressage, and KWPN breeding.  She has been a real estate professional and a marketing executive, amongst her diverse professional background.  A consummate athlete, Mattie has also appeared in National Championships in equestrian sport, formula car racing, super motorcycles, four man Escow sailing, field hockey and ice hockey.